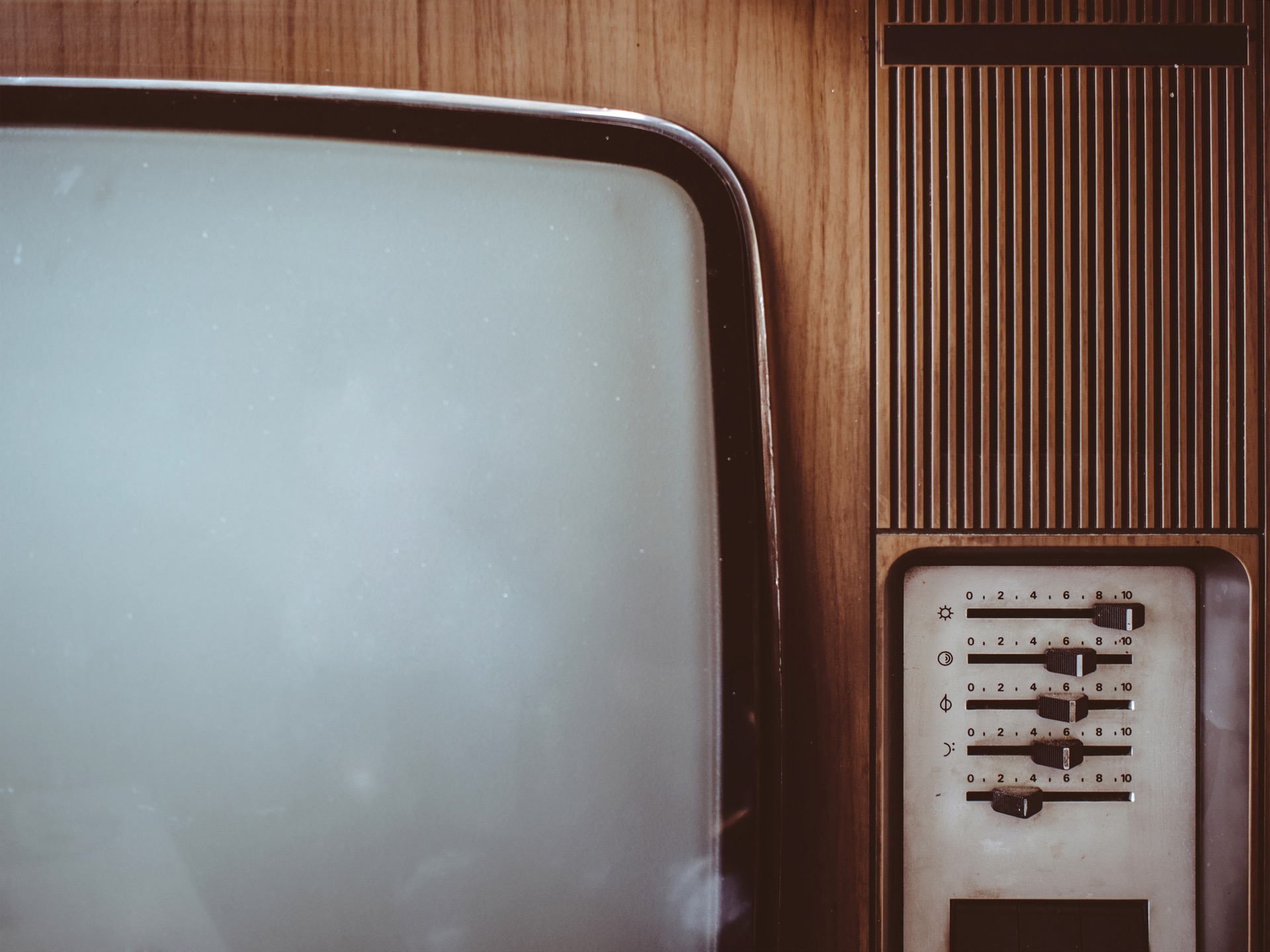 The next step in the long line of things I've been doing to my HP ProLiant Gen8 Microserver was to give it some TV capability. Since moving house last year, the living room has been set up in such a way that I don't have access to an aerial port near the TV. Naturally, the idea of just buying a really long coaxial cable is far too easy a solution, so in comes the server once again to save the day.

I had a quick look online and found the TBS 6281SE - a perfect solution for my needs as it provides me with a dual Freeview HD source, so I picked it up for £89.99 on Amazon.co.uk which seems to be the going rate for these cards. 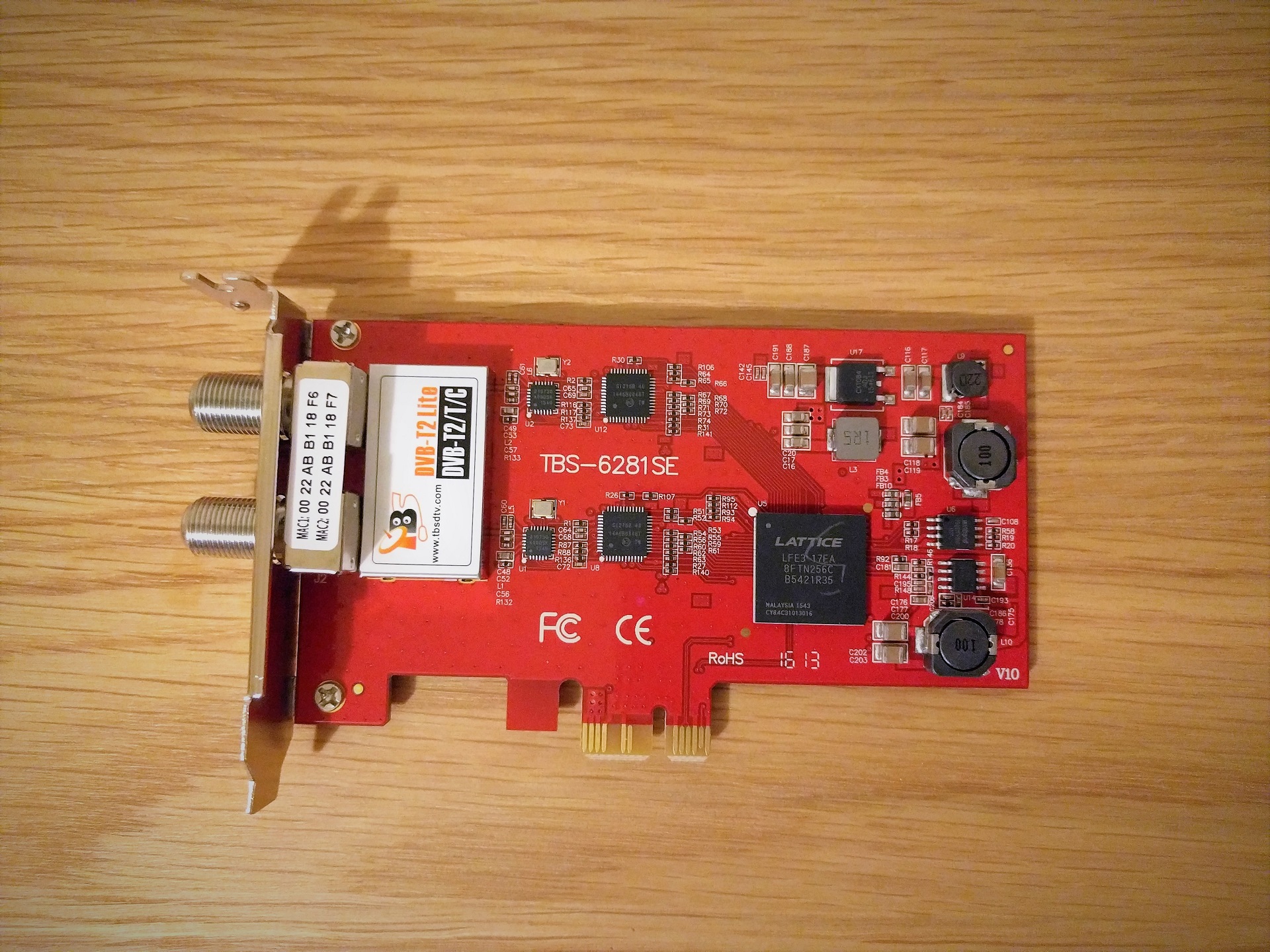 The card also came with a low-profile bracket and a Coax F-type to Coax converter, which suited me as I don't have a working F-type port; instead I use the standard RF coax port.

Before inserting into my server, I switched the default bracket with the low-profile one as the ProLiant only supports half height PCIe brackets.

I'm genuinely impressed with now small this card is.

Installation was very easy thanks to the quick-release backing plate for the PCIe slot - I just popped it in!

**Note:**There are also Open Source drivers for a fair number of cards (this one is included) which I could have used. More information can be found on GitHub.

Thankfully, TBS provides an absolute wealth of driver options for their cards, supporting Windows and Linux, which made my life much easier in trying to get hold of the right drivers. However, actual installation of the drivers requires you to compile them on your machine, then load the created kernel module.

Firstly, I downloaded the proprietary drivers for my card, which I found on the TBS Driver website.

I took the following steps with the help of a couple of existing online guides: one from LinuxTV.org and another from iptvadmin. Full credit goes to them, and what is noted below are the specific steps I personally took to get the drivers installed on my machine.

Once the core zip had been decompressed, I unpacked the linux-tbs-drivers.tar.bz2 file. This contains all of the driver sources that I needed to compile. I then changed into the directory it just extracted.

At this point I didn't pay attention to the file permissions, but I was told to double-check them, so I did:

My server is running the 64-bit version of Ubuntu, so I then ran the corresponding shell script to generate the properties ready for make:

Once the driver config had been generated, I then ran make, which compiled all of the sources. This step actually compiles drivers for an insane number of devices, not just my one, so it took a few minutes.

Now, here's where some interesting stuff happened. During the make process, I noticed a few error messages, along the lines of this:

To fix this (or more likely, to ignore it), I deleted the existing kernel media drivers folder:

And then proceeded to install the drivers I'd just compiled:

Once the drivers had been installed, I restarted my machine:

And checked that the modules had loaded correctly:

I also checked that the card had been mounted to /dev/dvb:

And there we go, the TBS card was successfully installed!

The next step is to install TVHeadend and configure the Freeview sources so I can actually watch TV on my Kodi clients. I'll update this article with information on how to install and configure TVHeadend using our docker image when it has been written. 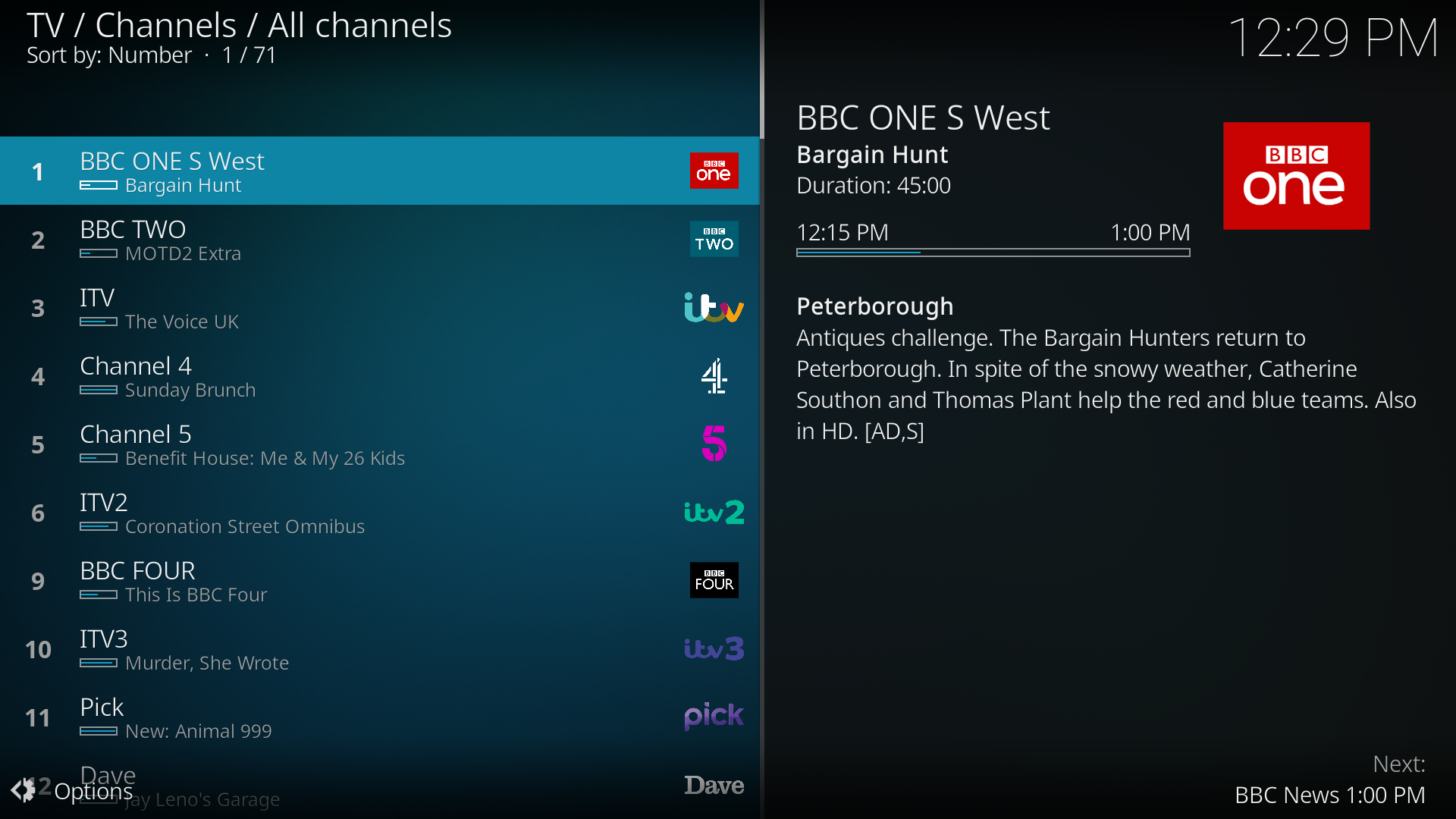